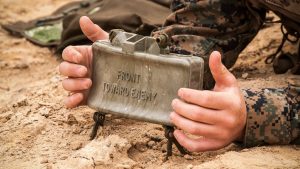 With components being manufactured by Mohawk since the 1960’s, the Claymore Weapon System is a directional, anti-personnel, weapon system that is command-detonated and fully controlled by the user. The ‘Front Toward Enemy’ slogan has made the Claymore noticeable around the world in many different countries militaries. 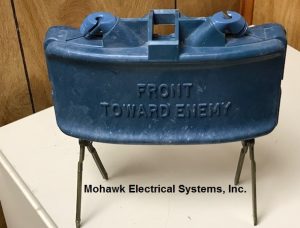 The M4 cord set was first manufactured by Mohawk during the Vietnam War. In the 1980’s, Mohawk possessed the full set drawings for the complete system and became the sole source manufacturer in the United States. While there are multiple different versions through other countries around the world, the U.S. based Claymore remains an effective and active weapon system in combat.

While the Claymore is mostly recognized by veterans, government officials and active duty militaries, the weapon system has made many appearances in pop culture. With noticeable use in the war thriller Commando (1985), G.I. Jane (1997) starring Demi Moore, and Rambo (2008). The system has also been used in multiple television shows including; Parks and Recreation (2012) and NCIS (2010). 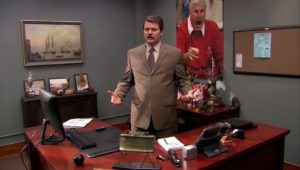 To contact us about the active and practice uses for the Claymore’s live and inert versions, please contact us, here. While this is a very sought after artifact for veterans, especially the M7 Bandoleers, no components of the inert versions are available for commercial sale. If you are local to the Delaware area, you can visit the Milford Museum, where the entire M68 Practice System is on display. You can learn more about the exhibit, here.